VENICE SEEN THROUGH THE EYES OF FAMOUS PEOPLE 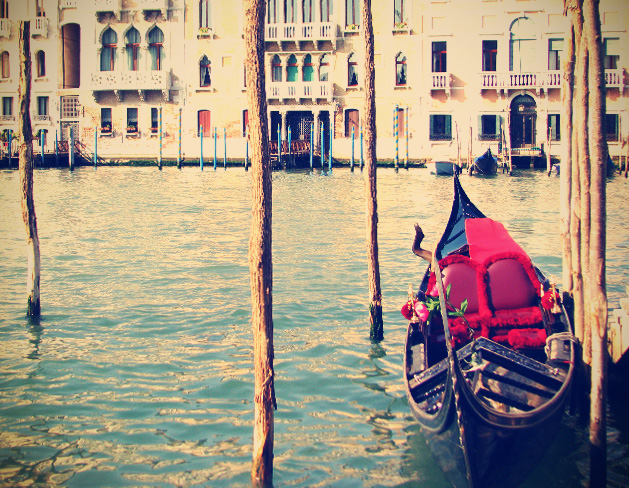 What do Truman Capote, Peggy Guggenheim and Lord Byron have in common? Answer is simple: their love for Venice, iconic city in a lagoon on the edge of the Adriatic Sea.

The canals. The fantastic architecture. The piazzas. The bridges. It is not easy to determine what makes Venice one of the most beautiful cities in the world. This unique and fabled city of art and architecture that was built entirely on water was home to many famous people and artists in history, including legendary lover Giacomo Casanova, explorer Marco Polo, composer Antonio Vivaldi and painters like Titian and Tintoretto. And the number of artist who visited Venice and got inspired by its beauty is even greater.

But Venice has more to charm visitors than monuments and amazing architecture. Especially in the evening when day tourists get on their boats, leaving La Serenissima still, tranquil and perfect. This is a story about Venice seen through the eyes and words of some of the most extraordinary and controversial people who fell in love with this amazing city and saw it as their muse and even refuge. And they have given us plenty of reasons to love this city even more than we already do.

“Venice is like eating an entire box of chocolate liqueurs in one go.” 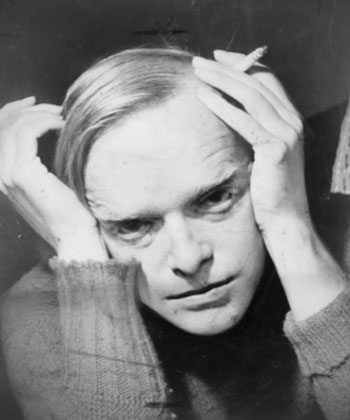 Once declared writer Truman Capote and this is probably the most famous quote about Venice in history. This iconic figure and author of Breakfast at Tiffany’s, Other Voices, Other Rooms and the true-crime novel In Cold Blood was not only an exquisite writer, but also a controversial celebrity and active socialite who loved to be in the spotlight, hang out with prominent people, party with stars and travel to different places, especially Venice. He visited art collector and friend Peggy Guggenheim in her Venetian palace several times, often staying for weeks and enjoying beauty and splendor of this marvelous city.

Some cities, like wrapped boxes under Christmas trees, conceal unexpected gifts, secret delights. Some cities will always remain wrapped boxes, containers of riddles never to be solved, nor even to be seen by vacationing visitors, or, for that matter, the most inquisitive, persistent travelers. To know such cities, to unwrap them, as it were, one has to have been born there. Venice is like that. 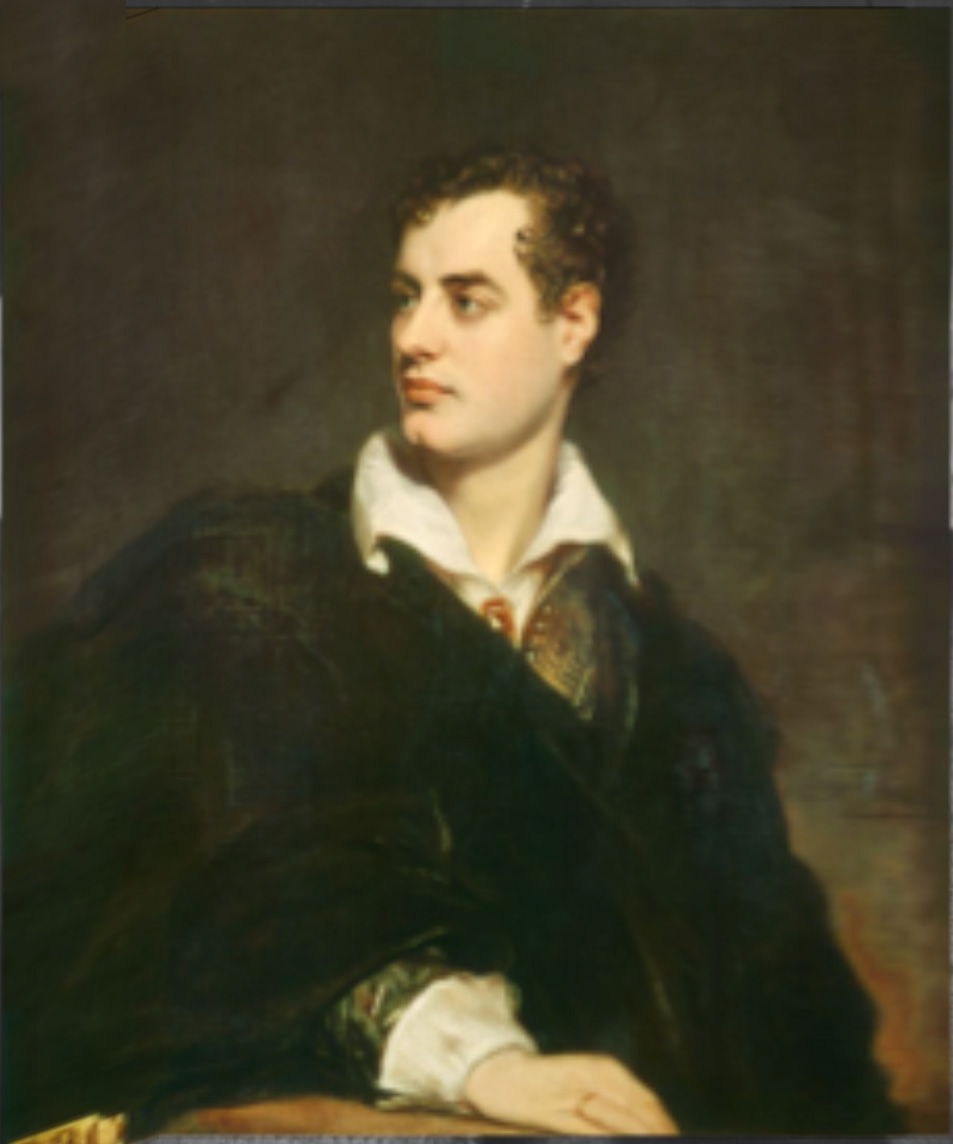 Rebel and tortured soul, a member of aristocracy notorious for his sexual escapades and flamboyant way of life, lord Byron was a 19th century superstar who to this day is considered one of the greatest British poets of all time. He is best known for his poem Childe Harold’s Pilgrimage, but has also shown brilliant literary style in other works like Don Juan and She Walks in Beauty.

Although his friends burned his memoirs after his death in fear that they might harm his public image, his love towards Venice was never a secret. He even wrote poem Ode to Venice and spent many years in this romantic city, even swimming passionately in its often dirty canals. This city had special meaning to the controversial British poet. In its liberating atmosphere he had found freedom, love, peace and rest that he couldn’t find in his homeland.

Oh Venice! Venice! when thy marble walls
Are level with the waters, there shall be
A cry of nations o’er thy sunken halls,
A loud lament along the sweeping sea!
If I, a northern wanderer, weep for thee. 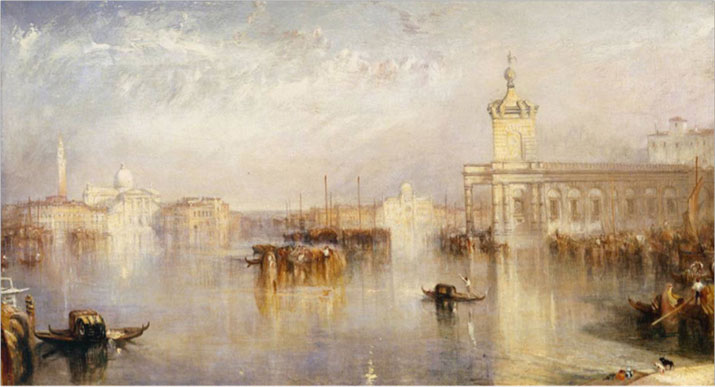 Famous British Romantic landscape painter, watercolorist and printmaker J. M. W. Turner visited Venice twice during his lifetime, probably in 1819 and 1840, and this luminous city was one of his greatest sources of inspiration. Rather by words as other men of letters from out list, he has shown how Venice affected him by numerous pencil and watercolor sketches where this sublime floating city seen through the eyes of this “painter of light” became lyrical and atmospheric marvel. He was very secretive about painting technique so how he made this some of the greatest masterpieces of the 19th century will always remain mystery.

“It is always assumed that Venice is the ideal place for a honeymoon. This is a grave error. To live in Venice or even to visit it means that you fall in love with the city itself. There is nothing left over in your heart for anyone else. After your first visit you are destined to return at every possible chance or with every possible excuse.” 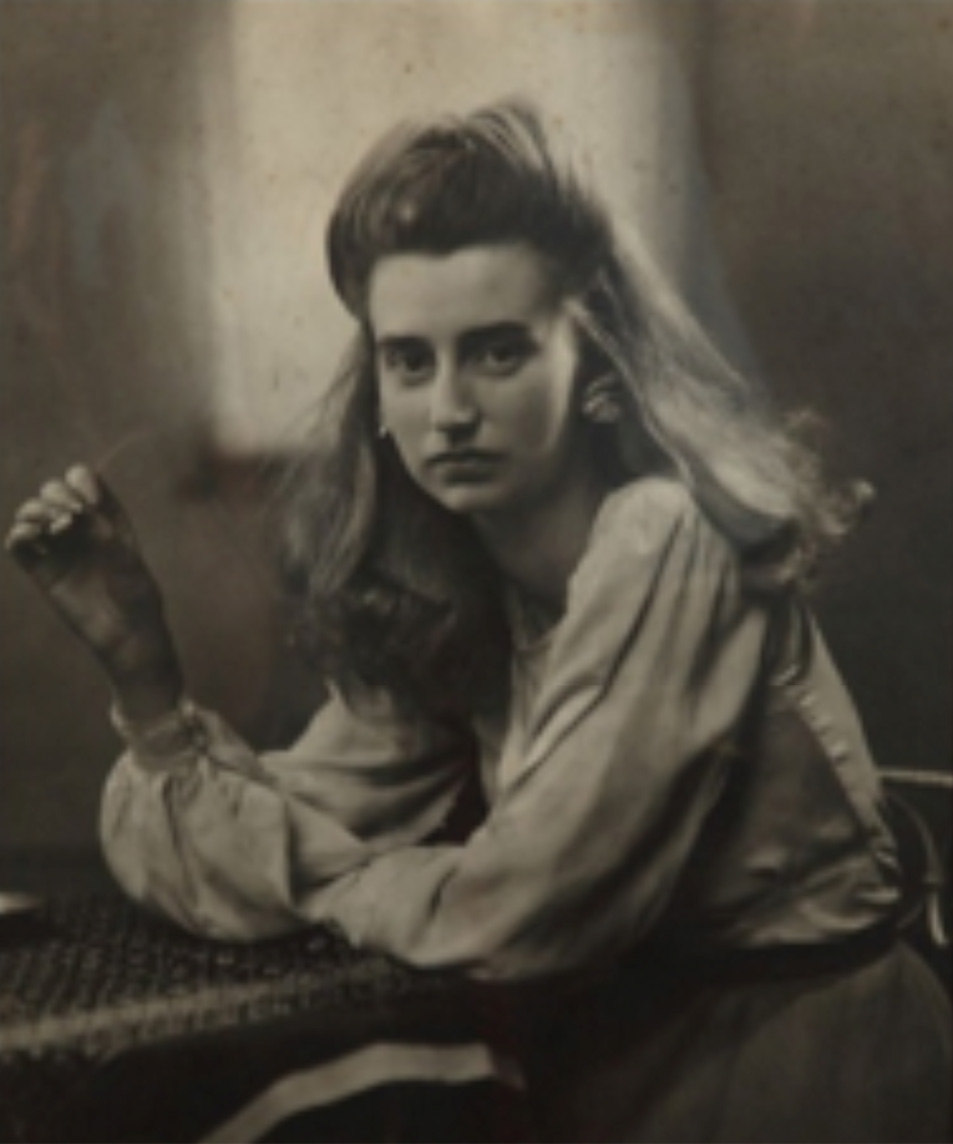 This is how Venice perceived one of the greatest art patrons of the 20th century and eccentric American expatriate Peggy Guggenheim. Notorious for her scandalous behavior and foul mouth, she was as well-known for her private life as for her art collection. She was a part of bohemian lifestyle in Paris, she bought paintings by Picasso, Dalí, Miró, Pollock and Kandinsky even before they were widely famous, had numerous lovers and couple of husbands, she was enigmatic, controversial and by her own words “a liberated woman long before there was a name for it.”

Finally she settled in Venice where she spent her last 30 years of life in her palazzo Venier dei Leoni. There she publicly displayed her art collection and mingled with Marc Chagal, Truman Capote, Paul Newman, Igor Stravinsky, Yoko Ono and other famous people. Her 18th century palazzo on the Grand Canal today is a museum with one of the most comprehensive and important collections of modern art in the world and one of the most visited attractions in Venice.

“By day it is filled with boat traffic – water buses, delivery boats, gondolas – if something floats and it’s in Venice, it moves along the Grand Canal. And by daylight it is one of the glories of the Earth. But at night, especially when the moon is full and the soft illumination reflects off the water and onto the palaces – I don’t know how to describe it so I won’t, but if you died and in your will you asked for your ashes to be spread gently on the Grand Canal at midnight with a full moon, everyone would know this about you – you loved and understood beauty.”

One of the most inspiring quotes about Venice was written by William Goldman in his novel The Silent Gondoliers. Even famous novelist and screenwriter who won two Academy Awards for his screenplays (Butch Cassidy and the Sundance Kid, All the Presidents Men) could not resist city’s grandeur and splendor. The tale about why the gondoliers of Venice no longer sing Goldman wrote under the pseudonym of “S. Morgenstern” and by his own words the idea came to him when he visited Venice:

We were on one of the water buses, Vaporettos, and a bunch of gondoliers came rowing down the canal and they were quiet. I suddenly turned to [my wife] Ilene and I said, ‘I know why the gondoliers don’t sing’ and we got off the bus immediately and I went running back to the hotel. I wrote the story down in about five minutes on a piece of paper.

12 outrageously funny quotes about bosses that will rock your working dayHow do monsters tell their fortune? They read the ‘horrorscopes’.