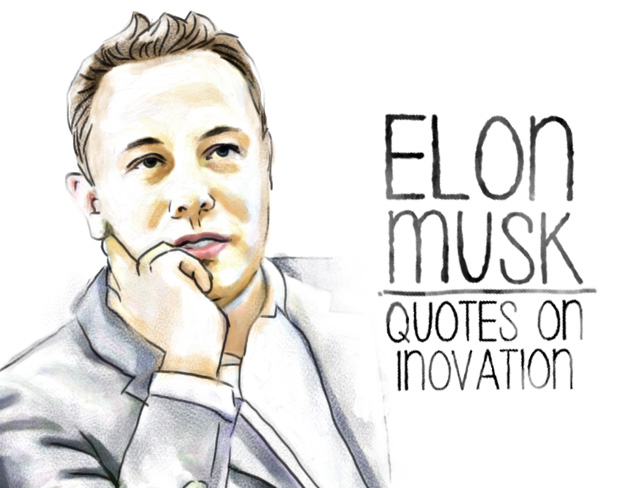 Elon Musk is one of the most significant innovators and inventors of today. He sold his first computer game at the age of 12, he is one of the founders of Paypal and now he is on a mission to change the world. He is probably best known for playing a central role in car company Tesla Motors, but his newest projects also involve innovations in renewable energy (Solar City) and space exploration (SpaceX). Musk believes in his projects so much that he invested all his money in them and he has accomplished feats previously thought impossible. Inspire yourself by his top quotes about the innovation and do today something to improve life on Earth no matter how small. Enjoy!

When something is important enough, you do it even if the odds are not in your favor. – Elon Musk

I think it’s very important to have a feedback loop, where you’re constantly thinking about what you’ve done and how you could be doing it better. – ELON MUSK 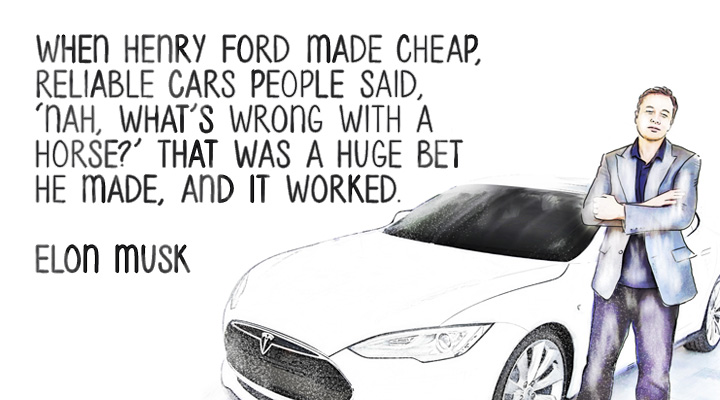 “When Henry Ford made cheap, reliable cars people said, ‘Nah, what’s wrong with a horse?’ That was a huge bet he made, and it worked.” ELON MUSK

Some people don’t like change, but you need to embrace change if the alternative is disaster. – ELON MUSK

I think life on Earth must be about more than just solving problems… It’s got to be something inspiring, even if it is vicarious. – ELON MUSK

When I was in college, I wanted to be involved in things that would change the world. – ELON MUSK

I don’t create companies for the sake of creating companies, but to get things done. – ELON MUSK

Boeing just took $20 billion and 10 years to improve the efficiency of their planes by 10 percent. That’s pretty lame. I have a design in mind for a vertical liftoff supersonic jet that would be a really big improvement. – ELON MUSK

It’s important that we attempt to extend life beyond Earth now. It is the first time in the four billion-year history of Earth that it’s been possible, and that window could be open for a long time – hopefully it is – or it could be open for a short time. We should err on the side of caution and do something now. – ELON MUSK

People should pursue what they’re passionate about. That will make them happier than pretty much anything else. – ELON MUSK

Persistence is very important. You should not give up unless you are forced to give up. – ELON MUSK

If something has to be designed and invented, and you have to figure out how to ensure that the value of the thing you create is greater than the cost of the inputs, then that is probably my core skill. – ELON MUSK

I always have optimism, but I’m realistic. It was not with the expectation of great success that I started Tesla or SpaceX… It’s just that I thought they were important enough to do anyway. – ELON MUSK

We strive for accuracy. But if you see something that doesn’t look right, contact us!