Socrates and his pursuit of truth and knowledge 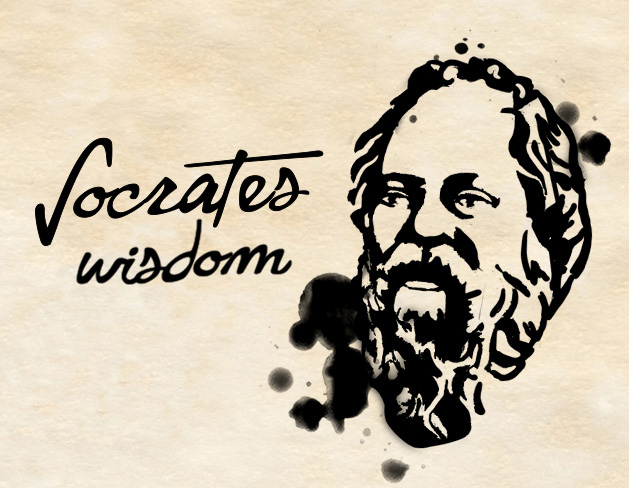 Socrates (ca. 470-399 BC) was an ancient Greek philosopher whose teachings had an enormous impact on the western thought and civilization and marked a true turning point in Greek philosophy. He never wrote anything of his own, so he is known to us through the writings of Plato, his most talented disciple, and other contemporaries.

Famous for his statement “I know that I know nothing” and for his search to answer the eternal question: “How should we live?”, Socrates was a superstar teacher who discovered the dialectical method of eliciting the truth through a serious of questions and answers. His free-thinking gained him many followers who were enamored with his wits and guts, so they accompanied him on his walks through the agora (a major public forum in Athenian life).

Surprisingly he didn’t lecture about what he knew, yet merely claimed to be ignorant but wise because he recognized his ignorance. So he asked his followers and students questions, thus helping them to find the answers themselves. He was put on trial in 399 BC on charges of impiety and corrupting the youth of Athens. At his trial he defended himself offering evidence of his good intentions, but the jury sentenced him to death. He could easily have escaped punishment or run away from Athens. Instead, he decided to sacrifice himself on behalf of his principles and died after drinking the famous hemlock.

If you are fond of philosophy and words of wisdom, read on and find inspiration in these memorable Socrates quotes. 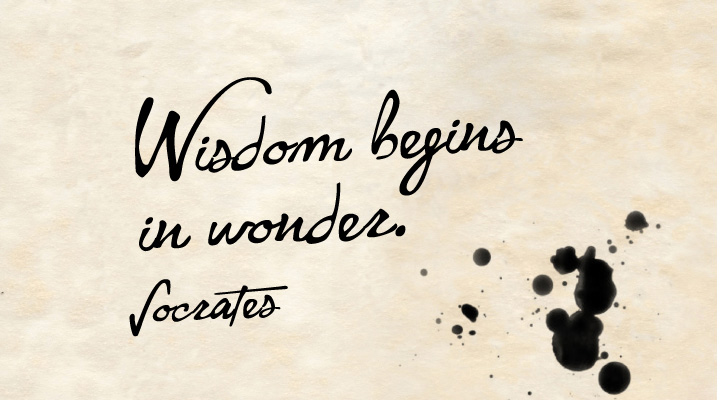 True wisdom comes to each of us when we realize how little we understand about life, ourselves, and the world around us. – Socrates

There is only one good, knowledge, and one evil, ignorance. – Socrates

An unexamined life is not worth living. – Socrates 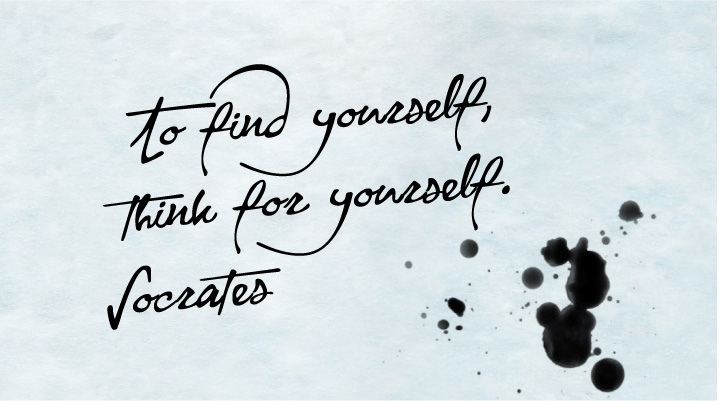 To find yourself, think for yourself. – Socrates

It is not living that matters, but living rightly. – Socrates

In childhood be modest, in youth temperate, in adulthood just, and in old age prudent. – Socrates

Nature has given us two ears, two eyes, and but one tongue – to the end that we should hear and see more than we speak. – Socrates

5. ON EDUCATION AND TEACHING

I cannot teach anybody anything; I can only make them think. – Socrates

An education obtained with money is worse than no education at all. – Socrates 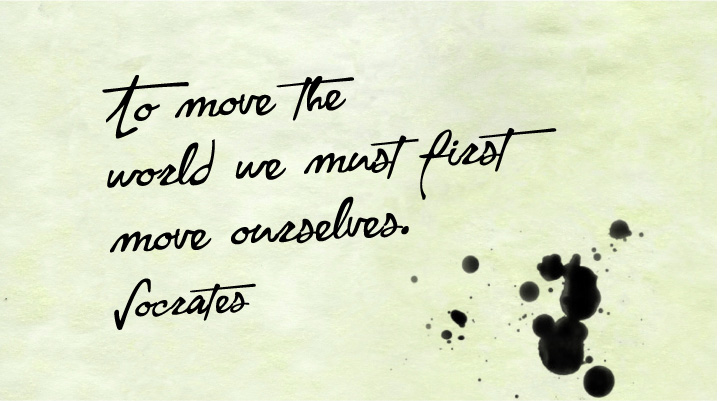 To move the world we must first move ourselves. – Socrates 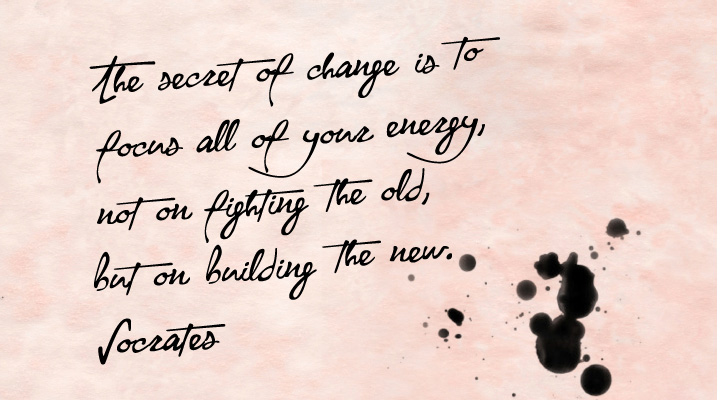 The secret of change is to focus all of your energy, not on fighting the old, but on building the new. – Socrates

7. ON DECEPTION AND TRUTH

False words are not only evil in themselves, but they infect the soul with evil. – Socrates

He is a man of courage who does not run away, but remains at his post and fights against the enemy. – Socrates

The hottest love has the coldest end. – Socrates

Envy is the ulcer of the soul. – Socrates

Be slow to fall into friendship; but when thou art in, continue firm and constant. – Socrates

This sense of wonder is the mark of the philosopher. Philosophy indeed has no other origin. – Socrates

14. ON virtue and principles

Virtue does not come from wealth, but wealth and every other good thing which men have comes from virtue. – Socrates

Beauty is a short-lived tyranny. – Socrates

From the deepest desires often comes the deadliest hate. – Socrates

I am confident in the belief that there truly is such a thing as living again, and that the living spring from the dead, and that the souls of the dead are in existence, and that the good souls have a better portion than the evil. – Socrates

The children now love luxury; they have bad manners, contempt for authority; they show disrespect for elders and love chatter in place of exercise. Children are now tyrants, not the servants of their households. They no longer rise when elders enter the room. They contradict their parents, chatter before company, gobble up dainties at the table, cross their legs, and tyrannize their teachers. – Socrates

They who provide much wealth for their children, but neglect to improve them in virtue, do like those who feed their horses high, but never train them to the manage. – Socrates

19. ON WOMEN AND Marriage

Once made equal to man, woman becomes his superior. – Socrates

I am not an Athenian, nor a Greek, but a citizen of the world. – Socrates

Socrates wisdom is timeless, that’s why we designed his beautiful quotes as printable posters. Take a look at our ETSY SHOP and enjoy! 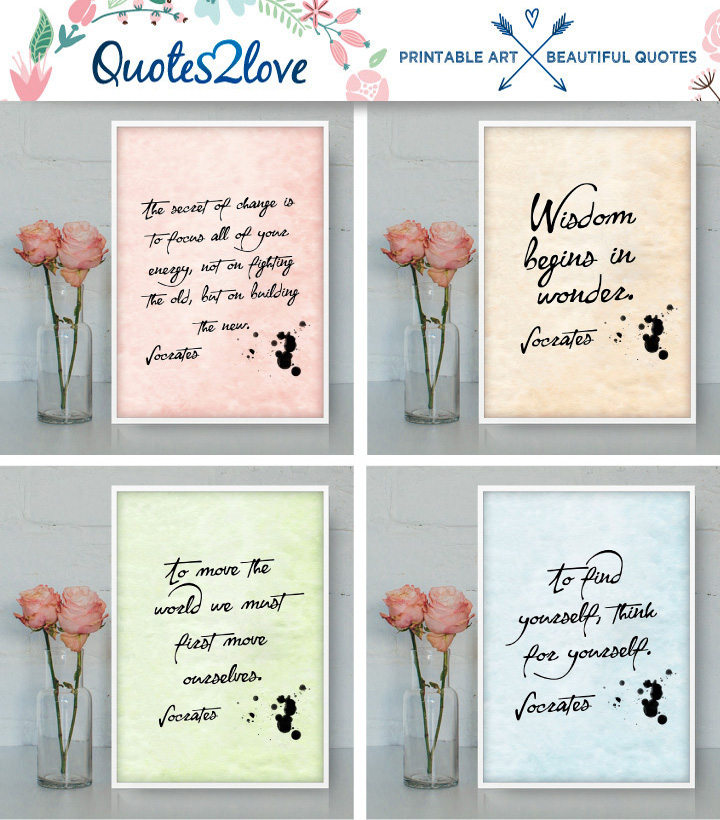